365 Interviews
Home Music DJ Romeo is living his dream as he returns for another season...
Email 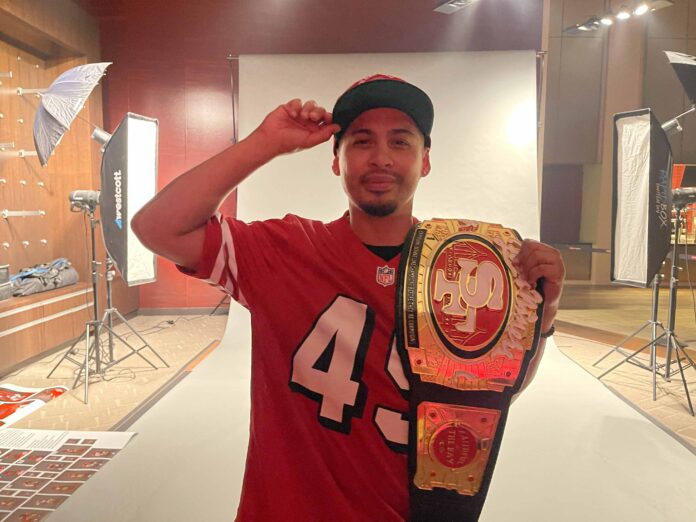 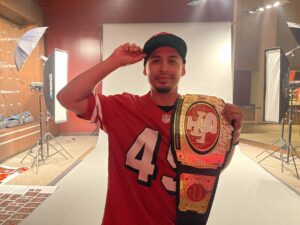 June 14, 2022, Santa Clara, California- DJ Romeo Reyes is thrilled to announce that he will return for his seventh season as a San Francisco 49ers’ DJ. Romeo is back as part of the DJ team known as the Amp Squad DJs. As an official in-game DJ for the NFL’s San Francisco 49ers, Romeo performs in front of over 60,000 people at Levi’s Stadium, and he is happy to be a part of another exciting season of 49ers football.

“It’s surreal! as a kid, my father and I would watch Jerry Rice play on Sundays, now I’m on the field with him DJ’ing the NFC Championship game,” says Romeo.

The 49ers have been Romeo’s hometown team since he was a kid. And although the multi-talented DJ has gone on to hold DJ residences in Las Vegas, Singapore, Japan, the Philippines, and resides in Vegas, he remains “faithful to the Bay,” as he puts it.

A self-proclaimed jack of all trades, the popular hip hop disc jockey has established himself as one of the country’s top open format DJs. While he is renowned for providing the hottest music in nightclubs, his time with the 49ers has made him one of the most well-known DJs in the country.

Following last season’s rocky start and incredible turnaround which propelled the 49ers to the NFC Championship game, DJ Romeo and the Amp Squad are looking forward to another fantastic season for the hometown team. Likewise, DJ Romeo is delighted to be back and cannot wait to get the fans in the stands up and cheering. And while the San Francisco 49ers’ season looks hopeful, DJ Romeo Reyes is confident that the music at Levi’s Stadium will be record-breaking and off-the-charts.

About DJ Romeo Reyes: Las Vegas hip hop disc-jockey, DJ Romeo, is a well-known open format DJ. With residences in Las Vegas, Singapore, Japan, and the Philippines, he is famous for his upbeat tempo, style, and numerous singles. He is also one of the Amp Squad DJs, a popular team of disc jockeys who perform at the National Football League’s San Francisco 49ers’ games at Levi’s Stadium.

CONTACT: To learn more about DJ Romeo or to arrange an interview for an article, please contact us.