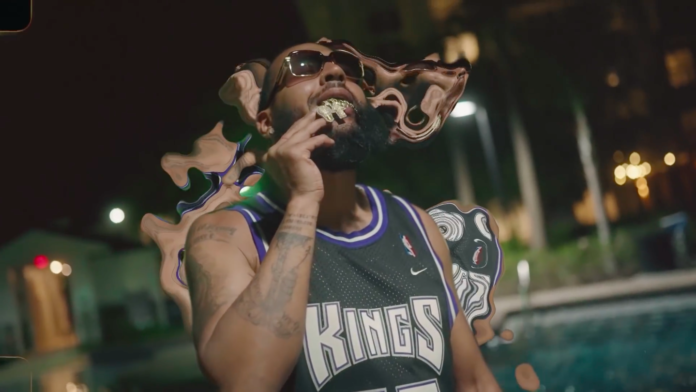 LightUpp is a Dominican-American rapper, singer, and sound engineer from the Bronx, New York with an energy and charisma like you have never seen or heard before. Shortly after connecting with long-time friend TM88 of the 808 Mafia and being advised to pursue a career in music, LightUpp released the single “Que Lo Que” with business partner and labelmate Cream Da Villain and produced by Bobby Kritical (most known for his production work with Gucci Mane, K Camp, and Lil Uzi Vert, among others). The song turned out to be an underground hit and led to airplay on local and national radio including Hot 97 and Power 105.1, a multi-city tour of the east coast with New Jersey rapper DA$H, and an appearance at the Latin Grammy Awards via Empire Distribution.

With Lightupp’s remarkable charisma and outstanding showmanship, it wasn’t long before a loyal and dedicated following developed around him and pushed his artistry to new heights. Later releases like “Limpin”, “WiP”, and “The Plan” solidified him as a highly talented artist and creative force, while his experience doubling as a successful audio engineer and studio manager at New York’s Thriller Studios brought him closer to the city’s artist community. Having contributed to the success of talents including Cream Da Villain, Nuri Hazzard, and Oshun, Lightupp took to the streets and released an entirely new stream of singles and projects.

As a performer, LightUpp packs his high energy, sharp delivery and unexpectedly lyrical writing prowess into songs and videos that entertain, dazzle, and delight. His deep rumbles and growls conjure the sonic intensity of the late Pop Smoke or a DMX, while his creative and sometimes outlandish visuals bring to mind stars like Ludacris, Missy Elliot, and DaBaby, while always providing a unique Latin twist, making his style and approach a recipe for both engaging content and high octane, catchy music. It is this and so much more that makes Lightupp such a versatile and refreshing artist.

Records like “Lord Knows” and “I AM” describe his life and journey from the rough streets of the Bronx and the parallels between his experiences and the unfortunate state of the country and world in so many places. On the other hand, songs like “Perate”, “No Inglés”, and the Brazilian-funk inspired “Grupa” show his versatility as an artist and the Latin/Hispanic influences in his sound.

There really is no telling what’s next with an artist as multifaceted as LightUpp, but his infectious combination of talent, energy and charisma seems to be a formula that works every time.

For more on LightUpp and stay up to date on all his new releases, appearances, and shows, visit his website at www.LightUppWorld.com.