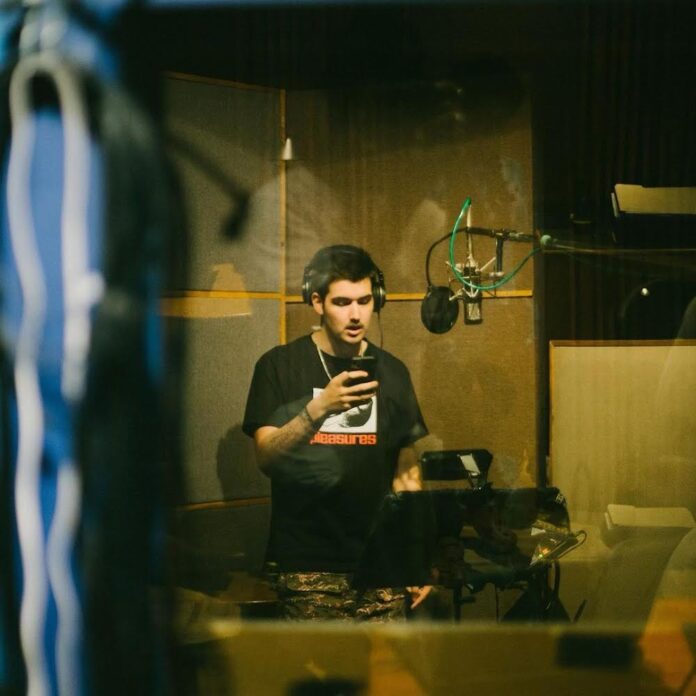 Eclectic producer and artist Pancho Witt is paving the way for creatives pursuing their music dreams with his approach to crafting songs that forces the masses to pay attention. The Kansas native has no intention of slowing down anytime soon. His plan? Simple. “I want to help people. It’s just who I am.”

His initial single, “Low” grabbed the attention of core fans everywhere who never let go of his fresh flow and fire lyricism. They had no idea that shortly after, “Porsches, Dollas, Chains” would capture them again with its vibey disposition and contagious, catchy one liners. “I’ve definitely evolved since then but there’s something about that album that gives me a feeling that it’ll be played for a while. I have songs on there that come straight from my soul, but also songs on there that you can get lit to. That was the whole point of the album, maturing.”

Pancho’s honest truths and spot-on delivery dance over melodically decorated tracks capture an audience that relates to his lyrics flowing from their speakers and into their homes. His sound is turning up audiences everywhere and giving them feel-good flows as they go about their daily lives.

His explosive new single, “Who Am I” gives listeners a glimpse into his evolution and what they can expect from him moving forward. “Don’t even get me started, I’m going to evolve! It’s about to be crazy!” It’s evident that Pancho has emerged from Topeka with intentions of making a real name for himself but repping where he’s from unapologetically. When referencing the inspiration behind the track he gushes, “I want to make a difference in the town that I come from. I’m here to show my city what it means to live for a passion. I take this way too seriously to ever give up, slow down, or quit. I want more creatives to make themselves known for Topeka. I’m all in. There are so many things in the works. We’re about to go crazy! Keep up.”

Kansas will never be the same. The city’s on his back; his family is in his heart and the music scene is his for the taking.