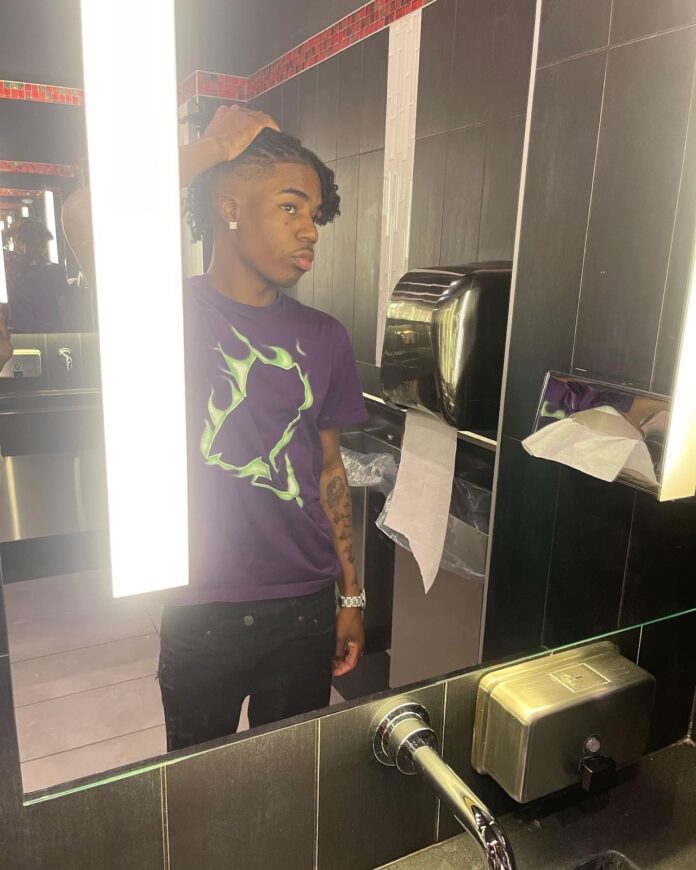 Every dream of a young artist is to become successful. The ultimate end goal is for the music to inspire and tell a story that your audience can relate to. The hardest part of the music industry is gaining a following and maintaining a consistent audience. This is definitely not an issue for the aspiring songwriter and rapper, Elijah Haye – known by his stage name “LillHeffa.”

Elijah Haye was born on November 12th, 2004 in Ottawa, Ontario. He was raised in Russell Heights with his migrant Jamaican parents and eventually they decided to relocate to ForestGlade. From a young age, Elijah had aspirations of playing professional basketball.

At thirteen years old, he realized that he wanted to switch his focus and attention to music. If you wanted to know what LillHeffa was like as a child, he was an inspired fourth-grader who would freestyle at lunch and write music when he should have been listening in class.

Elijah is an inspiration for any adolescent who wants to follow their dreams. With help from his brother-in-law and manager, Joshua Bailey, at 17 years old LillHeffa released his very first single on all platforms “Seventeen” in November 2022. This single quickly gained attention which motivated him to release more music. He then released “Goons”. After those singles were released, he was exposed to shows and show opener opportunities.

“I remember watching the MTV awards with my brother as a kid and seeing Soulja Boy and Chris Brown accomplish their dreams at a young age. After that I felt inspired. I remember saying to myself that if they can do it, I can too. Shortly after that I began free-styling and writing music.” — LillHeffa

His hard work and dedication paid off when his songs got exposed to apple music and Spotify. His single “Seventeen” that was released in 2022 through United Masters, gained over 400,000 streams on Spotify and was #55 on the charts. This was great exposure for his next upcoming albums. LillHeffa’s other popular singles such as “Stars”, “Freak”, and “Fake Love,” have racked up over 100,000 streams. LillHeffa later released his debut EP “Seventeen” and “Goons” which placed #80 on the charts. Not only does LillHeffa have an impressive amount of streams, but he also has 40k active monthly listeners. These amazing statistics prove that with diligence, commitment, and devotion, your dreams can become a reality.

Each of LillHeffa’s songs has a message. He is always trying to deliver positivity in all of his music. If you are wondering who Yungcudii wants to be compared to, it is Juice Wrld because they both make similar and timeless music. Each artist has a person who they would eventually want to collaborate with. For LillHeffa, he aspires to work with Lil Tecca because he believes that both their music styles would make an amazing hit.

With aspiring Artists like LillHeffa himself, the dreaming never stops. In the future, Heffa hopes to make a living from his music and to be known from all over the world, selling out stadiums. This is not an unrealistic goal for LillHeffa due to all the attention he has been gaining on his albums. To keep his audience consistent and engaged, Heffa will be releasing new music and always staying active on social media so his fans can stay updated.

This comes to show that there is no specific age when it comes to starting your career. Isaiah was inspired at a young age and it is not just a hobby for him, it’s a lifestyle. You can find Elijah on Instagram @lillHeffa, which has over 5000 followers. On there you can find his contact for bookings and features.

“Keep following your dreams and never give up.” — LillHeffa