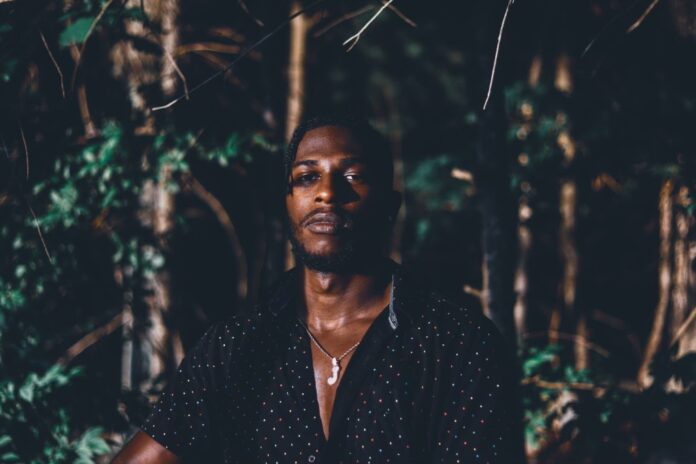 My artist name is BlackJustin Born in Queens NY, but lived the majority of my life split between Florida and Massachusetts. I’ve always found myself attached to music ever since I was a baby dancing and singing to every bit of R&B, Rap you name it and my head was always bopping to something. As I started to get older and my voice started to develop more the minute I opened my mouth people were just automatically drawn to my voice because it was so deep and it just has a presence of its own which would just draw people in, to the point were I got so many compliments that I knew I had a gift that had to be shared with the world. I didn’t really start making music till about 2017-2018 when one of my boys was like “yo I think you should start rapping” and me being in the moment saying “Bet lets do it”. And we basically started out making a couple of little songs and even a few videos here and there, but nothing was ever that serious up until about 2020 when I dropped my first tape “BlackVibez” on all platforms. The way I approached this project was from an experimental stand point to see what people did and didn’t like, and to test out a few different sounds/Vibes that peaked my interest. So a year later February of 2021 when I dropped my first Official Album “BlackSeason” I was able to produce a sound that was not only me but also enjoyable to listen too. Quite honestly it was a very PopSmoke inspired project with the incorporation of Drill and some of the flows that were used. Plus this is personally my favorite Project Ive worked on, having to look through hundreds of beats, switching beats, writing all the lyrics doing the revision, promotions, and all the countless hours I put into it, made it what it is. Afterwards I took bit of a step back with music so I could one dig deeper into my craft to embrace different types of sounds I may not have noticed before and really working on my own voice to increase my range and versatility, but also to really put together a vision for what I want all this music to represent and the image I want to put out their. Fast forward to a couple months later im back in the studio rapping even better then before. My newest single to yet drop “Need Me” will be out August 27th, and im just too excited to give people more of what they been missing.