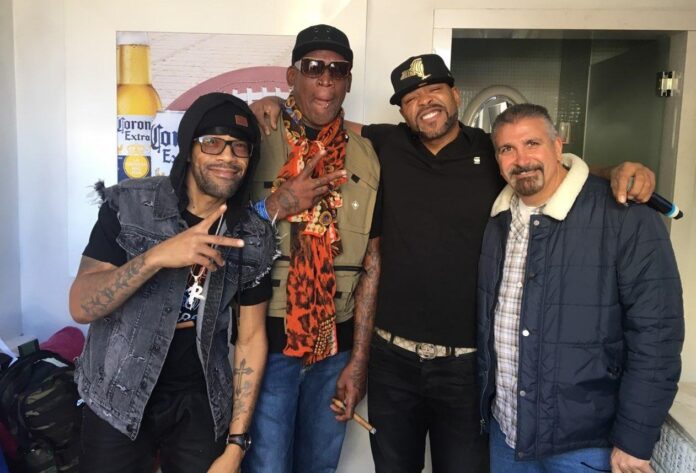 Incredibly successful businessman, entrepreneur, and manager Thaer  Musafa is making great strides within the Hollywood scene. Working  amongst some of the greats, Thaer has spread his managerial talents  across a wide array of celebrities including Carmen Electra, Magic  Johnson, Dennis Rodman, and many more. Although encountering  major challenges along the way, Thaer has proven himself truly resilient  to anything life throws at him.

Although his origins began in Jordan, Thaer spent most of his life in  Orange County California.

Battling a dark part of life, Thaer struggled with addiction for much of his  young adulthood. In his early 20s, he made ends meet by selling drugs.  Thaer was constantly surrounded by temptation, leading to the start of  his addiction. Getting involved with the wrong crowd, he shortly found  himself traveling down a grave path.

A few years later, Thaer found himself spending time behind bars. Still  grappling with addiction and struggling to find his footing, Thaer was in  and out of jail for a few years. However, during his last sentence, he  grew tired of his old lifestyle and the darkness of his cell. Every night  inside the cement walls, Thaer thought about what he would do  differently once he was released.

After serving a total of five years, Thaer made the commitment to  himself that he would never step foot in a prison cell again. Embarking  on his path to success, Thaer decided to turn his life around for good.

“Don’t do drugs. Don’t try to impress other people. Stay true to yourself.  Don’t let yourself get pressed into anything you don’t wanna do. Stay  away from the bullshit.”

Once released, Thaer’s world opened up completely. Staying out of  trouble, he began connecting with an old friend who was also a former  athlete. Through this connection, Thaer began working as security for

many superstars including Magic Johnson and Dennis Rodman.  Although spending many late nights at nightclubs, Thaer stuck to his  self-promise.

In between security shifts, Thaer began attending night classes at an  HVAC trade school. Never finishing college during his late teens, he  decided to get his degree finally. Thaer worked tirelessly every day,  enhancing his success with every move made.

Two years later, after becoming certified in HVAC, Thaer began working  as a technician. However, not long after, he found himself shifting his  focus to management while helping his friend, Carmen Electra, out of a  tough situation. Not having foreseen this route, Thaer has proven  himself a natural at his craft.

Because of his incredible networking skills, warm persona, and  astonishing talent, Thaer’s clients were drawn to him. Without lifting a  finger, life’s most breathtaking opportunities began collecting at his front  door.

Currently, Thaer is still the manager for Carmen Electra, a high-profile  actress, singer, model, and media personality. He also regularly helps  out Trinity Rodman, a longtime friend, and young professional soccer player. Unlike many individuals within the entertainment realm, Thaer’s  biggest priority is taking care of his loved ones, regularly pushing wealth  to the side.

“If I don’t like something, I’m not going to do it. In this line of work, all  people want to do is make money. I’ve never done that. Even with my  clients, I don’t do that. If they don’t want to do something we’re not  going to do it.”

Overcoming some of the highest mountains in life, Thaer’s journey to  success is astounding. After rising from the ruins, Thaer completely  altered his life. He has made accomplishments by pure willpower  that many would dream of. No matter what field he dives into, Thaer  never fails to be wildly successful. Empowered by his own strength, the  sky will never be the limit for Thaer Mustafa. 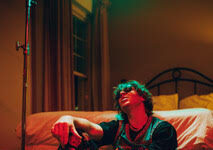 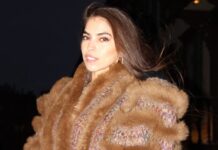 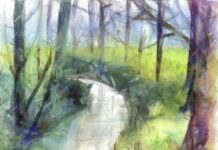