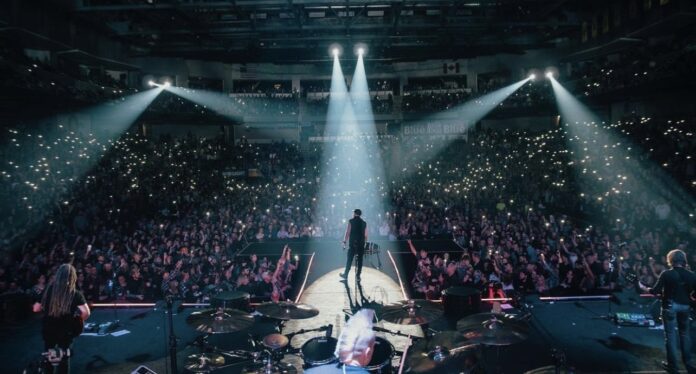 On his way to building a lasting legacy as a respected artist in the music industry, Mrronwright is taking great strides to achieve his lifelong dream. Ever since the beginning of his undertaking, the artist felt that he was indeed born for music. He translated his passion as an artist through songs, amplifying inspiring real-life events. In turn, Mrronwright has captivated music lovers far and wide, and he continues to expand his fanbase every day.

The musician is based in LA and for as long as he can remember, he always wanted to take part in the vibrancy of the music industry and work alongside some of the brightest names in the game. The artist has spent years working hard, creating unique songs, and building connections to establish himself in the cutthroat music scene. Despite facing various obstacles along the way, the musician strived to solve his way out of every problem and came out even stronger than when he first started.

As he persevered more towards his goals, Mrronwright’s efforts soon paid off as he received calls from radio hosts, record labels, music engineers, and managers. It didn’t take long after his first release when his name made waves among top music executives. Always one to grab opportunities, Mrronwright portrayed an outstanding work ethic and his unmatched talent led him to getting featured alongside some of the most prominent artists in the scene.

Mrronwright does not limit himself to creating music in one particular genre. Instead, he explores various types of music, which allows him to grow as a musician. “Honestly, music is just a creative way to get all of your feelings out, so as long as I think everything sounds good while I’m making it, I’m all in. There are definitely people that would have never found my music if I stayed in the same lane” shared Mrronwright.

Mrronwright writes music based on what he feels, and he wants his lyrics to connect with listeners as much as possible. Many times over, he has used music as a form of therapy, an outlet for his feelings, and he aims to help others find their voice through his songs

“I live in the moment and just create. I don’t try to stay in one lane. I like to switch things up and try new things. Nothing intimidates me,” shared the musician.

Besides music executives, Mrronwright has also built an amazing community of adoring fans. “I love when my fans message me. It makes my day. The fact that my music is able to inspire people means the world to me and has always been a goal of mine,” shared the musician. “If my music is able to help people, that is all that matters.” The artist appreciates every fan message he receives and uses positive feedback to fuel his next step.

Taking confidence in his youth, Mrronwright amplified that he doesn’t plan on stopping anytime soon as he does not see a limit to what he can achieve. In five years, the musician aims to create more music and collaborate with music icons.

Stream his new singles “Out of Sight” and “Dark times” on Spotify and other major streaming platforms.

Malik Wilson Upcoming Rapper Is Taking Over the Industry by Storm

October 2, 2022
Unleashed Entertainment had a realization that most have, that Tri Cities and Vancouver BC are not the first places that come to mind when...

September 26, 2022
Meet The 22-year-old Author & Actor Making Waves in the Entertainment Industry “It's no secret that the restaurant industry is complicated, complex, and broken in...