365 Interviews
Home Music They call her Barbie Doll.. but she’s far from fake. Here’s what...
Email 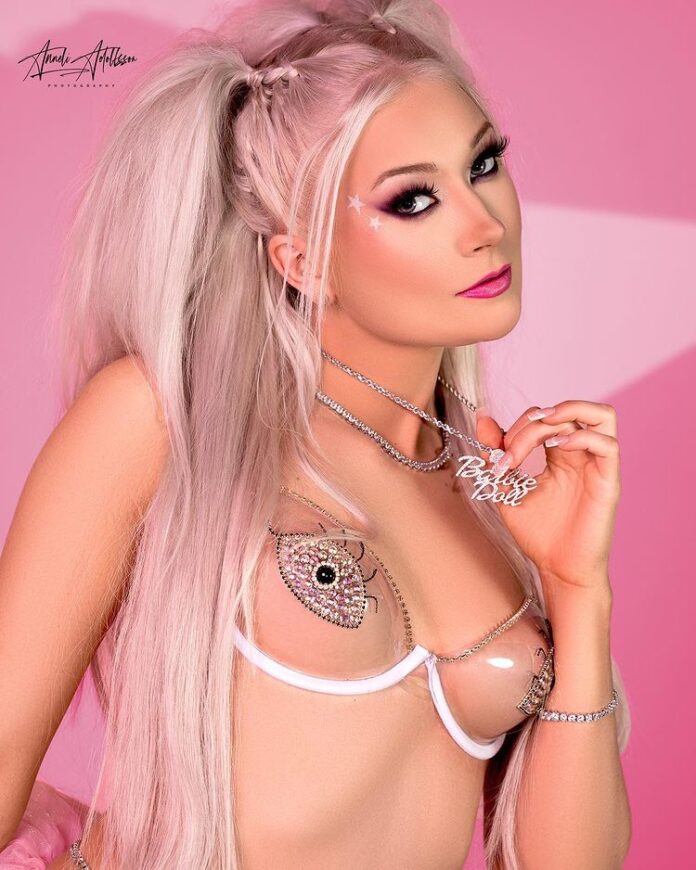 Her name is Alison Richardson, but you might know her as Barbie Doll.. She’s a rapper/model from the Moore area in Oklahoma City that’s ready to take over the entertainment business!
2017 was the year Barbie Doll decided to pick up the microphone & tell the world her story. Being that her mentor/label mate is Starr Lyfe it wasn’t that hard for her to get started. She wrote her 1st song “Barbie’s World” & shot a video at a local park in OKC. Not thinking much of it she put it on Facebook just for friends to watch her unveil her new talent. But to her surprise 1 hour later the video went absolutely VIRAL and racked up over 1 million views & thousands of comments. This was a milestone that has never been done in the HISTORY of rap music for any artist in the state of Oklahoma so she knew that is was her introduction into the rap game & what was to come in the future of her music career
Now with her new fame from her 1st ever video Barbie Doll knew she had to keep going so she made 3 more songs and shot 3 more videos. She once again put all 3 videos on Facebook to see what would happen and to her surprise every video went viral AGAIN reaching up to 9 million views per video. She was shocked & amazed at the same time because for the 2nd time in a row she reached a milestone that has never been done in the history of Oklahoma hip hop. But with all the fame comes hate as well, so her comment section would be filled with negativity especially with her being a “white female rapper” which is not common in the hip hop world. This would have an impact on Barbie Doll emotionally which made her want to stop rapping just as fast as she started rapping. But, she knew she couldn’t do that so she kept going & got a call that would change her life forever
With her videos reaching millions of views people from all over would contact Barbie Doll. But the 1 phone call she received was different. Barbie Doll got a call from a director in Paris, France offering her a deal to fly out there & shoot a music video to her song “Barbie Girl”.. she had never been out of the country before so she graciously accepted & made the video happen. She once again released it on Facebook & of course it accumulated HUGE numbers which finally turned most of the hate into love being that she was the 1st female rapper to take Oklahoma hip hop music OVERSEAS. It was all uphill from there but an unexpected pregnancy changed Barbie Doll’s life forever. She knew that she would have to take a backseat for a while so she shot 1 more video entitled “Mommy Barbie Doll” which for the 4th time in a row went viral on Facebook.. But as soon as her baby was born she took a break from music for a couple of years because now she had a responsibility of being a mother 1st and entertainer 2nd
Now that her daughter is older she’s back and ready to shake up the entertainment world once again.. Barbie Doll proved that she has what it takes to be a successful music artist. She has the look, talent, fan base and put up the numbers needed to take her career to the next level. So get ready, if you thought you saw it all from her you’re about to be even more shocked at what she has planned next. It’s about to be bigger than ever before! Barbie Doll is back!
https://youtube.com/c/BarbieDollOKC