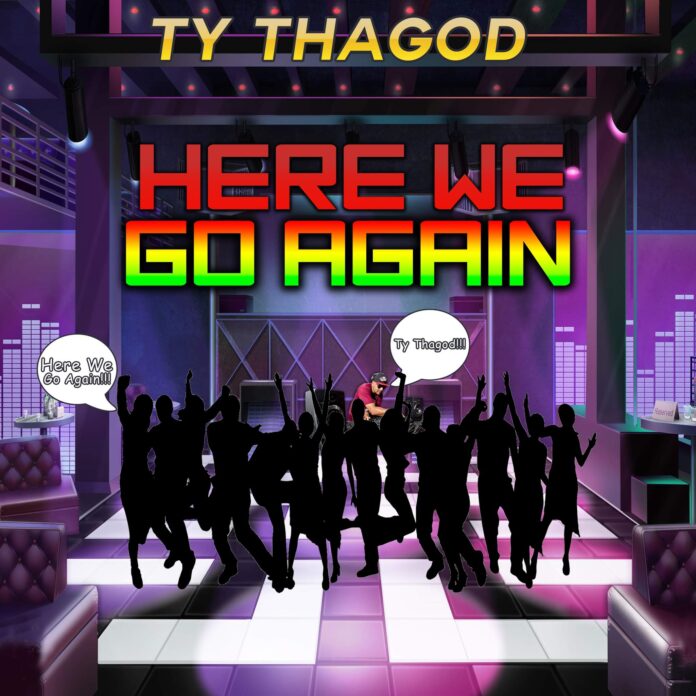 Ty Thagod
press release
Ty ThaGod is no stranger to facing adversity and overcoming what obstacles lie ahead of him and as he sees it his obstacles are the competition and to him, competition is dead on arrival.
Ty ThaGod aims to kick down the doors in the industry and make an impactful presence with his devotion to taking on the competition and making an example out of them letting the obvious be known that he’s back with another one (DJ Khaled voice) and he’s not letting up now that he got his finger on the pulse and his feet on the necks of his peers.
Ty Thagod starts the song off by praying for his enemies saying to bless his competition, foes, and enemies because he’s about to make them sick to their stomachs then drops the most iconic phase of them all Here We Go Again. making it known to the world that he’s back and he’s gonna content with dropping Bangers (Hit Records)
Ty Thagod makes it known to the peers in the game that they don’t know the game and are broke because of it that’s why you see artists complaining about their label because they are not getting paid. with lyrics like ” puppet master pulling strings, I’m over the game y’all just broke and complain because ya’ll stuck in the game”. in other words, he’s saying in this double entendre that he’s the puppet master controlling the game that he’s playing or simply indicating these rappers are being controlled and he’s over it on how some of the rappers make claims that their label never gave them money for their work. i guess it’s safe to say that artists should know and understand the business before signing.
Ty Thagod states “man I just want the world to hear me and understand me clear. I make better music than any mainstream artist right now. I’m better than tory lanez, I’m better than Meek Mill, I’m better than T-Pain, I’m better than Hitmaka, I’m better than a lot of you guys out there in the game (industry). my confidence over exceeds my confidence and if anyone disagrees speak up because the difference is I’m where y’all used to be at before the money and fame came ” I want the world to make a statement with me . Here we go again i want the world to chant that . which is a reflection of doing something great defying the odds and making your haters sick to their stomachs”
follow the artist Ty thagod @iamtythagod on all social media platforms and make sure you go check out his latest single “Here we go Again” on all streaming platforms. if anybody wants to contact the artist hit him on his iPhone at 475 202 1307 or [email protected].
https://youtu.be/4raPI3HyXek