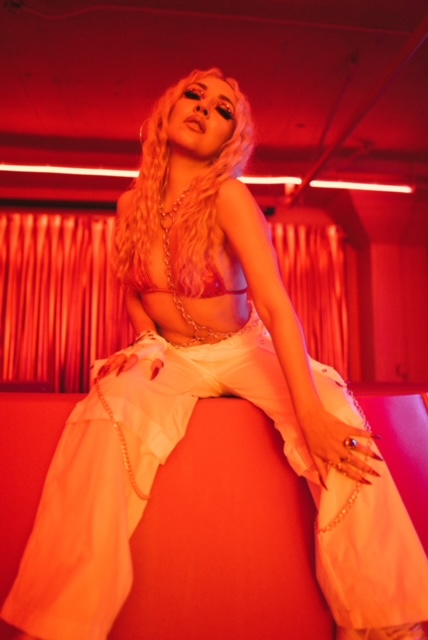 Upbeat pop Reggeaton song is about dealing with breakup and moving onto better things
Zelly Vibes has released her latest single “Te Toco Perder” to streaming sites everywhere. The Las Vegas music sensation has been making waves since 2016 when she transitioned from singing entirely in Spanish into English, and now mixes the two languages together into incredible Spanglish pop songs. Zelly Vibes is now known for her incredible Spanglish songs that explode thanks to the pop star’s soaring voice.
The Las Vegas native began performing at the age of 11 and her career started with singing and dancing to Spanish folk songs. Formerly known as Itzel Rodriguez, Zelly Vibes has performed in a variety of venues and travelled round the United States to sing and dance. One of Zelly Vibe’s early highlights was winning two different singing competitions televised on Azteca TV.
Now, Zelly Vibes is ready to take the music industry by storm with “Te Toco Perder”. Her music is a breath of fresh air in the music world saturated with recycled ideas. Zelly Vibes uses unique Spanglish word play that is combined with Latin and hip-hop music. The rising pop star is doing something unique, which isn’t always the easiest road to travel in music.
Along with performing, Zelly Vibes has worked as a model and brand influencer. She has used her influence as a musician and model to make individuals aware of a variety of brands she has worked with in recent years.
Zelly Vibes received radio airplay on major radio stations for her previous release “OMG”. The song has captivated crowds at live performances and earned regular play on Las Vegas’s 98.5 FM KLUC and “The Real” 103.9 FM.
Performing live is in Zelly Vibes’ genes. More recently, Zelly Vibes performed at the House of Blues’ Gasolina Party in front of an incredible 2,400 fans.
The new single “Te Toco Perder” is now streaming on all major music websites. To listen to the all-new single or to learn more about Zelly Vibes, please visit her official website.
Contact details
Name: Zelly Vibes
Website: https://www.iamzellyvibes.com
Email: [email protected]
IG https://instagram.com/zellyvibes
Links :
https://youtu.be/RfuWaz5-6sM