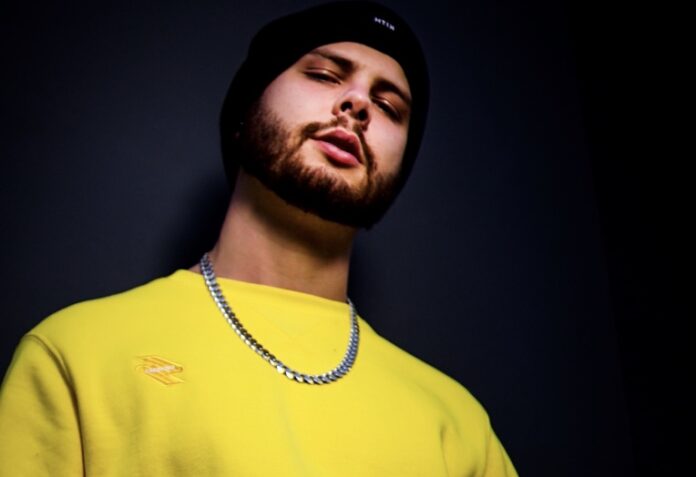 Hey MTStreets! How are you doing today?

I’m doing pretty good today, thanks! Been hustling in the studio for the whole week so it feels good to take a day to relax & rejuvenate the vibes.

Originally I was born in New Jersey, but shortly after I was born I moved to Cincinnati, Ohio. When I was 10 years old, I moved to San Diego, California, and spent about 8 years there. When I was 18 I moved to New York, and then when I was 20 I moved to LA! I guess you can say I’m from a little bit of everywhere.

What is your greatest inspiration for your music?

My music comes from my soul. I can’t describe it, all I know is that the angels on my shoulder are guiding me with every beat I make, every song I write, and every song I sang. My little brother Beanie and I moved to LA to make an impact in the music industry. Throughout our time here, we started working with 808 mafia Cicero, members of 1017, and recorded a whole album at Paramount records. When Beanie passed away, you could say that I took it upon myself to make sure his music lived on through me. I would say that’s the greatest inspiration I have at the moment.

What are 3 words that describe your music?

What is the hardest subject you’ve ever written about?

Grief and loss, only because I’ve had to deal with it so much.

What are the challenges of being an artist?

Working in the music industry has its ups and its downs. Ever since I moved to LA, I have surrounded myself with people who party, do drugs, and feel invincible. I guess you could say that’s part of the music industry. Being around a huge group of people that continue to bring me up is amazing, but The most challenging part is when those people that you called family start to pass away. In the short amount of time I’ve lived in LA, I’ve experienced five of my closest friends and one younger brother passed away. I guess the most challenging part of being an artist is that I have to keep going knowing they are guiding me from above.

Are you planning on releasing new music soon?

I do have an upcoming album dropping soon, #Cold4Life is coming out in March/April! We’re working on getting some money together for promotions & until we have a solid budget, we are holding off on dropping it. I recorded this album with top producer Paul Tyre. We recorded this album at Paramount records.

Make sure to listen to MTStreets on Spotify below: