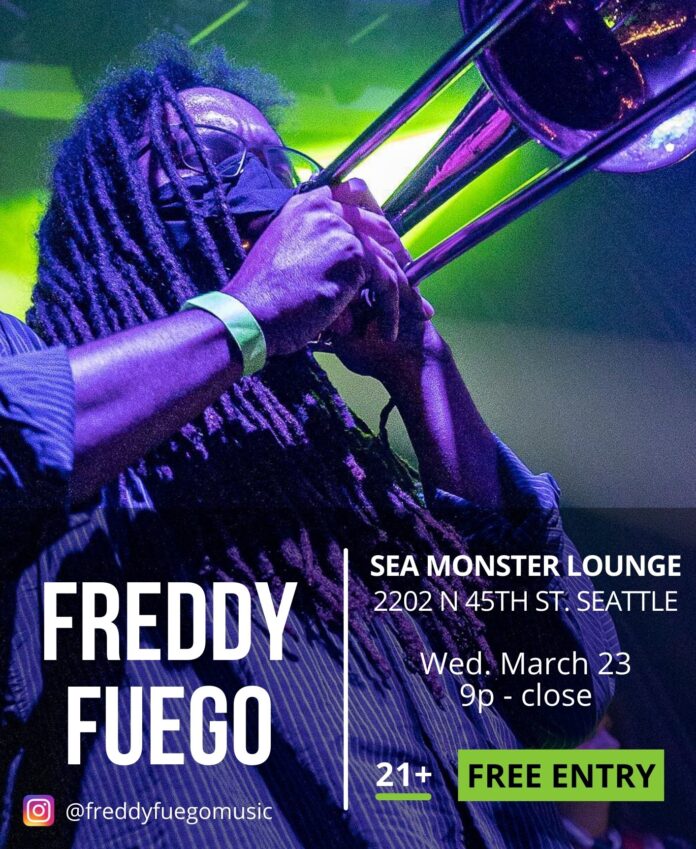 Freddy Gonzalez better known by his stage name “Freddy Fuego” is playing live 3/23 in Seattle, WA at the Seamonster. Freddy is an award winning musician who specializes as a trombonist. Hailing from New York City he comes to the west coast with an east coast flavor and attitude. From one legendary music city to the next Freddy hopes to make his stamp as another iconic figure to rise out of the Seattle music scene. Having already performed in over 30 countries Freddy is well on his way. Making his mark with appearances on TV and in film through his music Mr. Gonzalez continues to impress his peers locally.

His latest release “Hive Mentality” dropped 2/22/2022 and is a vibrant sonic display of instrumentation. The drums and guitar combination remind us of the rock n roll music our parents grew up on and loved so much. A nature enthusiast and old soul Freddy is an easy artist to gravitate towards and become a fan of. You can follow his journey on Instagram below.