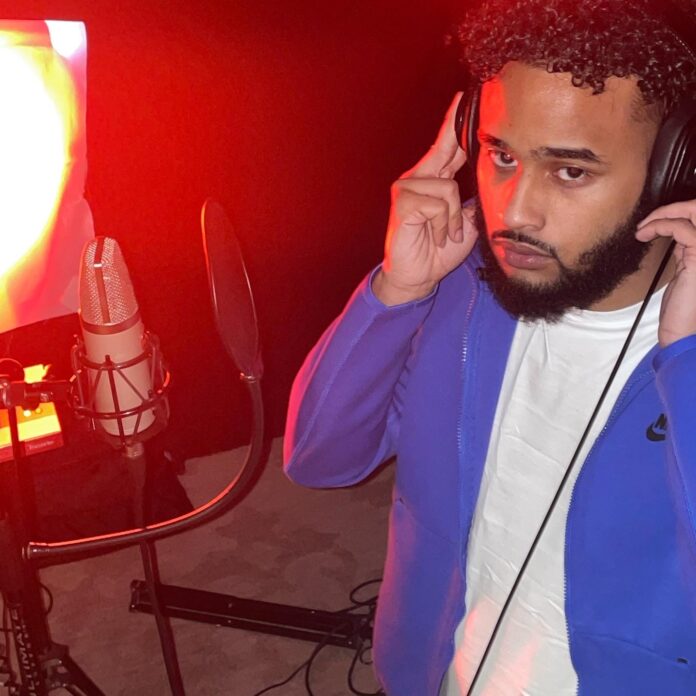 From Champaign, Illinois, meet Dre Band$, the newest rapper ready to take on the world by storm. He began rapping in middle school. In 2016, he joined a rap group called “FloatGang” and then went solo in 2018 and created his own label, “Gwap Gang Records.” His first real show was back in 2016 with his old group, opening for Lil Durk. He joined the Airforce in 2018, was released in 2019, and continued his rap career. At just 21 years old, he already has so much to be proud of, and it’s just the beginning.

Dre Band$ has large goals for himself. He plans to release hit records and classic albums that rank high on the charts. He is currently a proud, independent artist, but is not opposed to being signed. As he says, “I’ll go down whichever route makes the most sense for me.” He is currently working on his 4th project, “Grind With A Passion” which is set to be released on October 5th. After that, his newest music will be a collaboration project with Nik Real Lil Water called, “Real Bands” which is expected to be released in early 2023.

When it comes to his followers, Dre Band$ has a strong message for them in his music, “I want them to hear my story and understand my life through my point of view. I want them to hear my music and be motivated to get some money. I want them to be able to vibe to my music at any time of the day.” His top supporters are his older sister and his younger brother. Both siblings provide behind-the-scenes feedback and support to make his music come to life. His biggest musical inspirations are G Herbo, BabyFace Ray, and Young Dolph.